Zostavax is a new publicly funded vaccine for Shingles that is covered under OHIP for seniors aged 65-70 years old.

How is the vaccine given?

The vaccine is given in the upper arm, in the subcutaneous tissue. It can be given at the same time as any other vaccine such as the influenza vaccine or Tetanus booster.
There is no recommendation for people to receive a booster dose of Zostavax.

Are there any side effects?

The most common side effects are mild and can include injection site pain, swelling or redness. Other side effects that have reported include: a hard lump, itching, warmth, and bruising at the injection site. Headache and pain in an arm or leg have also been reported.

Who should not receive the vaccine? 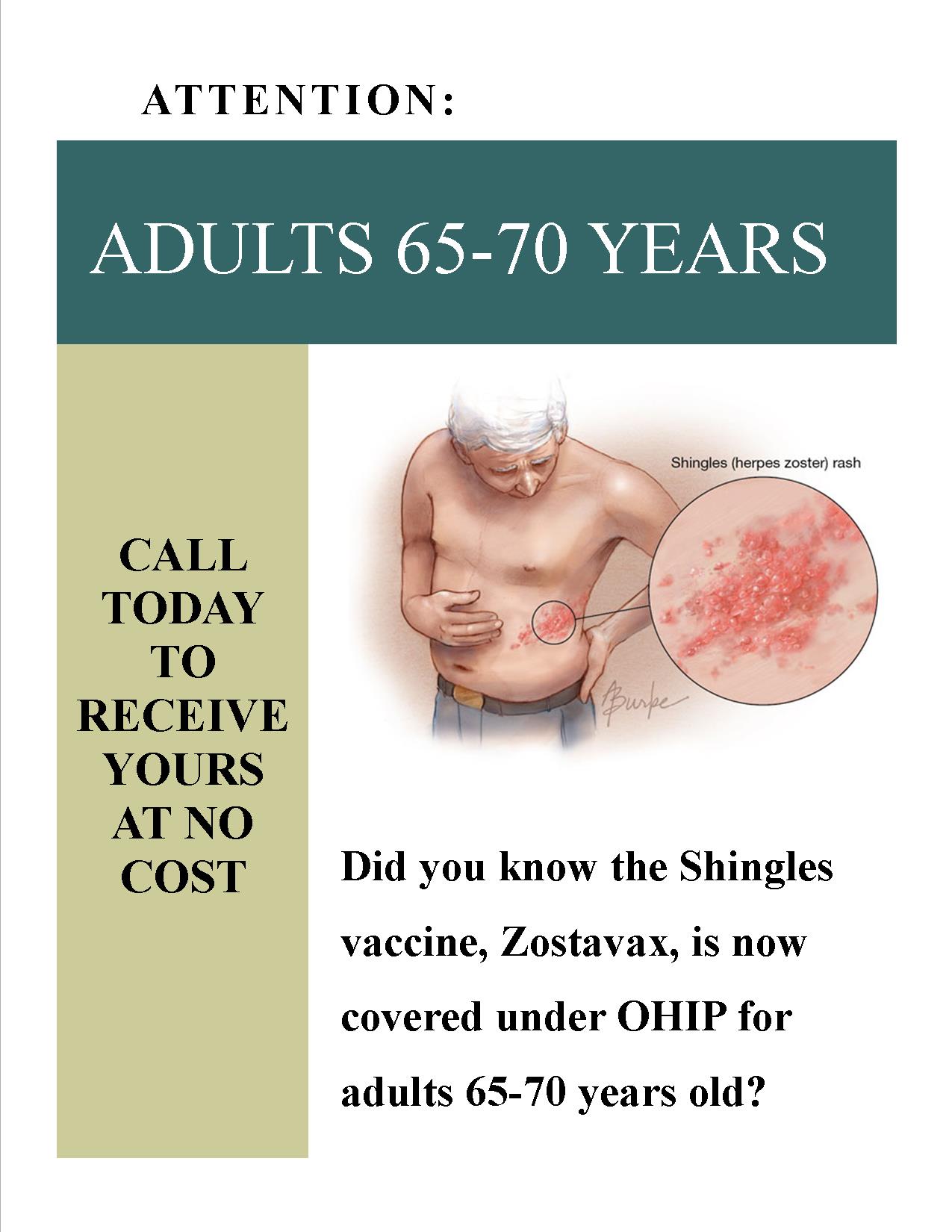 Can you receive the vaccine if you have not had chickenpox previously?
Yes. The vaccine should be given whether or not the person has had varicella (chickenpox) illness due to the fact that nearly all Canadians have had exposure even if they cannot recall a diagnosis of Varicella illness.

Protect Yourself from Pneumococcal Disease!

WHO IS AT RISK?

Ask you healthcare practitioner about what vaccine is right for you!